The industry leader in providing an independent, cloud-based e-signature solution that makes signing documents online secure and legal for any organization. 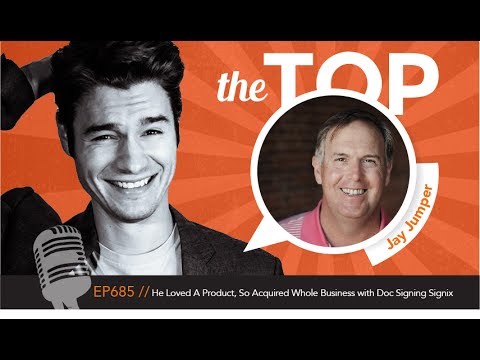 Signix has an annual churn rate of 0%

Jay Jumper is the Founder and Chief Executive Officer of SIGNiX. For more than 10 years, Jay has worked to establish SIGNiX as the leader in cloud-based digital signatures in North America. Prior to founding SIGNiX, Jay had a prior entrepreneurial success as Founder and CEO of a company that is today a profitable fintech “robo-advisor” named ProNvest. Managed by a separate team, ProNvest continues its rapid growth and is now approaching $1 billion in AUM. Jay remains ProNvest’s largest shareholder and is a board member. Prior to founding ProNvest, Jay was CEO of a registered investment advisor known as The Jumper Group. Jay began his career at SunTrust after graduating from the University of Tennessee with a BS in Marketing.

Trump Art of The Deal

Hard work and perserverance oudoes everything else

When was Signix founded?

Who is the CEO of Signix?

The CEO of Signix is Jay Jumper

How many employees does Signix have?

How much revenue does Signix generate?

How much funding does Signix have?

Where is Signix headquarters?