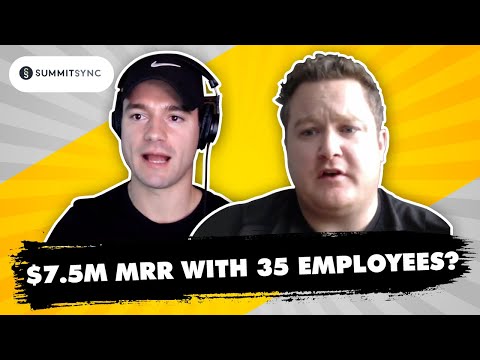 Summitsync has an annual churn rate of 72%

John Corrigan, Co-Founder, CEO of SummitSync is most interesting man in the world you have never met or heard about. A native of Chicago now living in NYC, John spent a decent portion of his 20's having an unimpressive career in digital ad sales and corporate development selling a couple billion dollars of ads to the world's largest brands. Through boredom, randomness, and a strong desire to avoid graduate school in his late 20's John founded TravelsOfJohn an online newsletter that interviewed global thought leaders across politics, business, sports, and science. At its height achieving a readership of over 100,000 people per month. Having been raised by a civically focused mother, in 2012 John became the largest fundraiser under 30 for President Obama's re-election campaign, sitting on the President's National Finance Committee. Today in his 30's John and has found maturity with purpose as both founder and CEO of SummitSync. John has lead SummitSync to be one of the fastest growing enterprise SaaS companies in the US today. SummitSync provides sales enablement and marketing intelligence to drive more meetings for it's thousands of clients at the conferences and trade shows they attend. Outside of capital and political pursuits John is known to travel extensively, spend way to much time on his Instagram photo's, fly planes, ski, and read any book he can find on history and foreign policy.

Who is the CEO of Summitsync?

The CEO of Summitsync is John Corrigan

How many employees does Summitsync have?

How much revenue does Summitsync generate?

How much funding does Summitsync have?