Wave is a company that provides a suite of financial services and online software for small businesses. 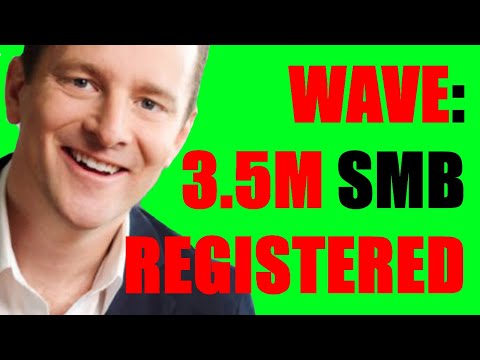 Waveapps has an annual churn rate of 24%

His career as an entrepreneur started after he left university in his senior year and moved on to build two successful tech businesses. It was then that he understood first-hand the pain of managing finances, and knew there had to be a better way to support small business owners. Kirk has since led Wave from an 8 person startup to a growing team of over 275 employees in downtown Toronto. Wave provides entrepreneurs from around the world with award-winning financial software to help them manage their finances. Wave has raised over $100M in funding since its inception and, in 2019, was acquired by H&R Block for $537M CAD in Canada’s 11th largest tech exit. In 2019, Kirk was named Canada’s Most Admired CEO in the growth sector, and Wave was awarded Canada’s Most Admired Corporate Culture by Waterstone HC. Under his leadership, Wave has won many awards for leadership, culture, and innovation, including the Deloitte Fast 50 and Growth 500, the KPMG Fintech 100, and The Globe and Mail's Employee Recommended Workplaces. Wave ranked 6th on Great Place to Work Canada, with special categories for Women, Millennials, Technology, Inclusion and Wellness. In addition, Kirk has served as an advisor to the Next 36, Creative Destruction Lab and provides mentorship to young entrepreneurs and startup visionaries. He is also an angel investor in exciting new ventures by promising entrepreneurs. Kirk is a proud Canadian, husband, father of three and lives in Toronto. In his spare time, he enjoys being with friends, supporting his local community, and loves adventure travel where he gets to ski, surf, and play the occasional round of golf.

When was Waveapps founded?

Who is the CEO of Waveapps?

The CEO of Waveapps is Kirk Simpson

How many employees does Waveapps have?

How much revenue does Waveapps generate?

How much funding does Waveapps have?

Where is Waveapps headquarters?