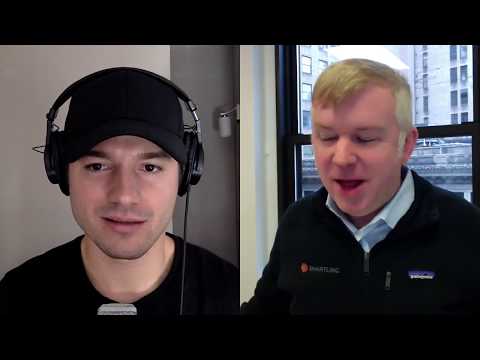 Smartling has raised a total of $63.0M.
Why are so many SaaS founders taking money from Founderpath.com instead of VC's?

Smartling has an annual churn rate of 12.00%

Smartling has 202 employees. They have 38 sales reps that carry a quota, an engineering team of 32 and a marketing team of 7.

Jack is a technology early-adopter, serial entrepreneur, software patent-holder, product evangelist, and combat-decorated Air Force pilot. Before founding Smartling, he served as SVP of Product at eMusic and COO/CTO at SheSpeaks and RunTime Technologies. He also co-founded Trio Development, a software company that created the first personal information manager, which was acquired by Apple in 1993. He holds a BS in Computer Engineering from the University of Pennsylvania, where he also studied linguistics and interned with Professor William Labov, and an MBA from Cameron University in Germany. Jack was named one of Fast Company’s “Who’s Next” in 2011, and was named a 2013 NYC Venture Mentor by the New York City Economic Development Corporation.

When was Smartling founded?

Smartling was founded in 2009.

Who is the CEO of Smartling?

The CEO of Smartling is Jack Welde

How many employees does Smartling have?

How much revenue does Smartling generate?

How much funding does Smartling have?

Where is Smartling headquarters?

If you need online forms for generating leads, distributing surveys, collecting payments and more, JotForm is for you. Learn more about how we can help at JotForm.com.

Get people to your products faster. Personalize your customer experience. Increase your revenue.

Award-winning brand management and digital asset management software and has been voted #1 in terms of user-friendliness, support and security.

Typeform is a Barcelona-based online software as a service company that specializes in online form building and online surveys.|Data collection for humans |Video driven interaction