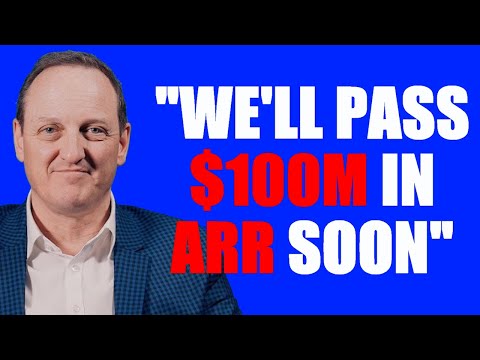 Coveo has an annual churn rate of 60%

Louis Têtu is Chairman and Chief Executive Officer of Coveo. Prior to Coveo, Louis co-founded Taleo Corporation, the leading international provider of cloud software for talent and human capital management, acquired by Oracle for $1.9B in 2012. Louis held the position of Chief Executive Officer and Chairman of the Board of Directors from the company’s inception in 1999 through 2007. Taleo was recognized as the 11th fastest growing technology company in the United States within the Deloitte Technology Fast 500 in 2004, and in 2005 it was the only software company among the Inc. 500 winners to issue an Initial Public Offering. Prior to Taleo, Louis was President of Baan SCS, the supply-chain management solutions group of Baan, a global enterprise software company with more than 5,000 employees. This followed Baan’s acquisition of Berclain Group inc., which he co-founded in 1989 and where he served as president until 1996. Louis is an Engineering graduate from Laval University of Canada in 1985 and in 1997 was honored by Laval for his outstanding social contributions and business achievements. He also received the 2006 Ernst & Young Entrepreneur of The Year award in the Technology and Communication category. Louis is also Chairman of the Board of PetalMD, a developer of social platforms for the medical sector, and serves on the Board of Couche-Tard Alimentation and the Board of the Quebec City international airport authority. Louis is involved in private equity within technology, infrastructure projects within emerging countries, education and high school reinsertion for children from financially challenged families. Outside of his professional career, Louis is a commercially licensed helicopter pilot, a skier, a wine and travel enthusiast, and lives in Quebec with his wife and their three children.

Empowering others is the secret to success

When was Coveo founded?

Who is the CEO of Coveo?

The CEO of Coveo is Louis TÃªtu

How many employees does Coveo have?

How much revenue does Coveo generate?

How much funding does Coveo have?

Where is Coveo headquarters?