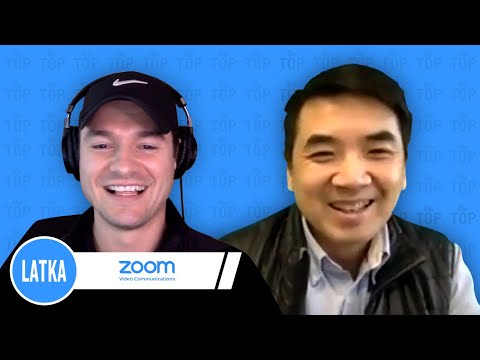 Why are so many SaaS founders taking money from Founderpath.com instead of VC's?

Eric S. Yuan is the Founder & Chief Executive Officer at Zoom. Prior to founding Zoom, Eric was Corporate Vice President of Engineering at Cisco, where he was responsible for Cisco's collaboration software development. As one of the founding engineers and Vice President of Engineering at WebEx, Eric was the heart and soul of the WebEx product from 1997 to 2011. Eric proudly grew the WebEx team from 10 engineers to more than 800 worldwide, and contributed to revenue growth from $0 to more than $800M. Eric is a named inventor on 11 issued and 20 pending patents in real time collaboration. In 2017, Eric joined the Forbes Tech Council and was added to the Business Insider list of the 52 Most Powerful People in Enterprise Tech. Eric is a graduate of the Stanford University Executive Program.

When was Zoom founded?

Who is the CEO of Zoom?

The CEO of Zoom is Eric Yuan

How many employees does Zoom have?

How much revenue does Zoom generate?

How much funding does Zoom have?

Where is Zoom headquarters?

Zoom is headquartered at 0 0United States