Adthena is your secret weapon for search, giving your business unrivaled competitor insight. See what Adthena can do for you - book your demo today! 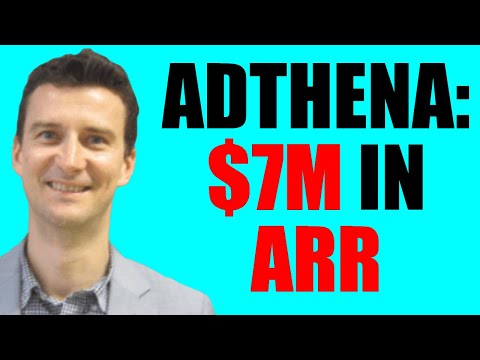 Adthena has raised a total of $5.0M.
Why are so many SaaS founders taking money from Founderpath.com instead of VC's?

Adthena has 107 employees. They have 27 sales reps that carry a quota, an engineering team of 14 and a marketing team of 5.

Ian has been involved in technology businesses and start-ups for over 22 years and has built businesses in Australia, Taiwan, Silicon Valley and the UK. One of these, Oovie, became Australia’s largest DVD kiosk operator before being acquired by Hoyts, the country’s top entertainment group. Another venture, Treeview Estates, has created a 148-home retirement village outside of Sydney. Formerly Ian was based in San Francisco heading Asian sales for Intershop, an eCommerce software start-up. From the early stages through a successful Nasdaq IPO and beyond. He established Intershop’s Asian operations growing sales from zero to US$8m in under three years. Ian has grown Adthena since 2012 to its current position as the premier global provider of competitive intelligence. Recent key achievements include a growth rate up from 50% to greater than 100% and a 92% increase in sales value as well as staff engagement scores exceeding 80%. Ian has also secured significant investment from Candy Crush entrepreneur Mel Morris, who now brings unmatched experience to Adthena’s board as it expands its operations in the US, UK and Australia. Ian likes to foster a culture of great products, getting things done, responsibility, freedom and continuous improvement. While Adthena itself has won many major industry awards, Ian’s entrepreneurial determination has also been recognised with the Developing Entrepreneur Award at the WCIT Enterprise Awards – commonly regarded as the ‘Oscars for technology entrepreneurs’. A double graduate of the University of Queensland, Ian is also a fluent Chinese speaker having lived and studied in Taiwan. He is married with two children and is an avid rock climber.

How to take a more mature view of things

When was Adthena founded?

Who is the CEO of Adthena?

The CEO of Adthena is Ian O'Rourke

How many employees does Adthena have?

How much revenue does Adthena generate?

How much funding does Adthena have?

Where is Adthena headquarters?

Qualtrics is a privately held experience management company, with co-headquarters in Provo, Utah and Seattle, Washington, in the United States.

Unique and powerful suite of software to run your entire business, brought to you by a company with the long term vision to transform the way you work.

Includes Freshdesk, Freshchat and other products for small businesses. Over $100m in revenues, 150k paying customers, and $250m in funding. Likely to IPO soon.